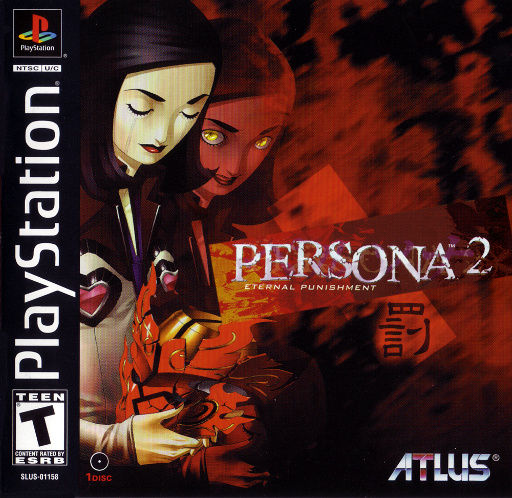 Persona 2: Eternal Punishment is a role-playing video game developed by Atlus, and chronologically the third installment in the Persona series. Eternal Punishment takes place in the fictional Japanese city of Sumaru, and is a direct sequel to Persona 2: Innocent Sin. Taking place a year after Innocent Sin, the game follows reporter Maya Amamo as she investigates the Joker Curse, a malign phenomenon where people’s wishes and rumors are coming true and causing chaos. During her investigations, she and others who join her gain the ability to summon Personas, personified aspects of their personalities. The gameplay features turn-based battle gameplay, where characters use their Personas in battle against demons, and a separate Rumor system, where rumors spread around the city can influence events in the characters’ favor.