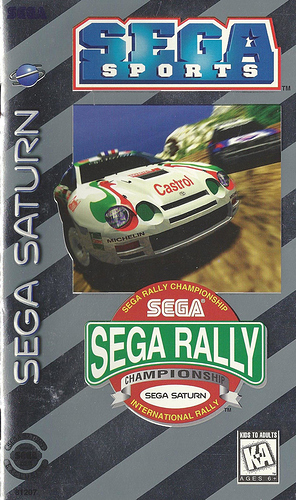 Sega Rally Championship is a 1994 arcade racing game developed by AM5 on the Sega Model 2 board. The unique selling point of Sega Rally was the ability to drive on different surfaces (including asphalt, gravel and mud), with different friction properties, with the car’s handling changing accordingly. As the first racing game to incorporate this feature, Sega Rally is considered to be one of the milestones in the evolution of the racing game genre. The music for the arcade game was composed by Takenobu Mitsuyoshi, while the Sega Saturn port’s soundtrack was done by Naofumi Hataya and the Guitar were played by Joe Satriani.