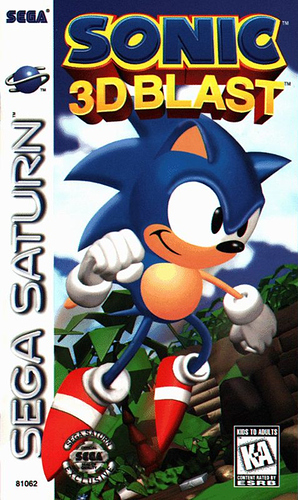 Sonic 3D Blast is a 1996 platform video game developed by Traveller’s Tales and Sonic Team, and published by Sega for the Genesis, Saturn, and Windows. Part of the Sonic the Hedgehog series, the game abandons previous Sonic games’ side-scrolling style in favor of isometric gameplay, making use of some pre-rendered 3D models converted into sprites. The game features creatures known as Flickies, which first appeared in the 1984 arcade game Flicky. Controlling only Sonic himself, the player’s goal is to collect Flickies and carry them to safety, periodically sparring with the series antagonist Dr. Robotnik, who is imprisoning them within robots.